So I was one of the smart ones who saw the potential in Windows Media Center back in the days of Windows XP. At that point, it met all of my requirements straight out of the box - I could record TV, search the EPG, manage music, video and photos. It was also a little bit portable - I could at least access it all via my Xbox360.

I upgraded to Windows 7 and carried on with the slightly improved Media Center and even paid for the Windows 8 Media Center add on.

And then it all went wrong. 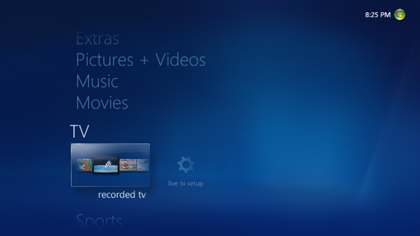 First, Microsoft outsourced its EPG. While this seemed fine for most of its channels, we would regularly loose listings for HD channels. This was a big problem for me - especially when the boss missed a recording of Strictly Come Dancing. There were times where listings were gone for a week or two, but then in 2017 they went for at least a month.

I say at least a month as I have no idea whether they actually came back. This, along with the impending threat of Microsoft's support for Media Center coming to an end was the impetus that I needed to find a replacement system.

So my key requirements for replacing Media Center were along the following lines:

Reliable EPG - Preferably not a subscription model and ideally one that downloaded over the air (ie, not a third party solution that downloaded over the internet.
Searchable EPG - Meeting the standards of Windows Media Center in being able to search through the current EPG and easily set series recordings
Series Link - Fairly standard now.
Keyword Recordings - I watch a few programmes (like Formula 1), where the programme title changes on each episode. I need to be able to set recordings for titles that include the text "Formula 1" for example.
Portability - I'd like to be able to access recordings and media away from my PC and even away from home. While there were workarounds and add-ons to make Media Center do this, they weren't that great.

Fortunately, I've been able to replicate all of Media Center's features, largely for free and all surprisingly easy.

While there are applications that would provide all of my requirements in one package, I've decided to put together a suite of applications that all specialise in their own specific area and do their thing very well.

The following articles will talk through the steps I followed to replace and improve upon my Windows Media Center.